Three questions that can save your graduate ass(ignment)

What Maggie says in Tennessee Williams’ play Cat on a Hot Tin Roof, is just as applicable to a poorly written paper as it is to the annoying children she describes as no-neck monsters “…they’ve got no necks. None visible. Their fat little heads are stuck on their fat little bodies without a bit of connection!”

The difficulty for many students when trying to write a graduate paper is that they don’t start off with a clear statement of the problem. This means that they’re either unclear about exactly what they’re going to research or they haven’t committed and articulated a particular position.

This crucial but missing first step often leads to a piece where arguments and research findings – that could have been useful and interesting – cannot do the work they are meant to do in the piece, which is to support or refute the initial hypothesis or position.

Second, students who may have a clear statement of the problem, sometimes forget to explain to the reader why their question or position is relevant, either to science or to society.

If one is researching fossilized dinosaur dung, it’s important to know why it’s important to do so. Are we trying to discover which of those creatures were truly carnivorous or are we looking for a different carbon-dating method?

Third, not all students who have a clear idea of the problem and have explained why it is relevant to others, know how to support their statements with arguments, then put those arguments in a logical sequence that will eventually lead to a solid conclusion. Some don’t bring forward the arguments and examples that would support their points effectively; some can do that but still aren’t able to follow a clear line of reasoning.

In order to remedy some of the issues mentioned above, there are three questions students should ask themselves (and answer clearly) before writing a successful paper.

Below are three no-neck monster mini-graduate papers written in Stephen Leacock style. Each one of them illustrates a problem that occurs when one or more of the three questions haven’t been considered…

The world is a difficult place and we need more water fountains. They are pretty too and valuable. French philosopher Descartes was famous for saying “I think, therefore I am” and in this essay, I will argue, “I drink, therefore I am.”

The professor marking this paper has already put a comment bubble in the margin after “difficult place” – how so? Is that true? Says who? For a moment he contemplates testing the validity of “I drink, therefore I am”. In an ethnographic kind of way (but not at the water fountain).

The next lines of the essay have this educator wondering if there isn’t something to that “difficult place” notion. However, wanting to keep an open mind he gets up, paces for a few minutes, and then starts from the top. By page three he is unable to stay focused and asks himself: is this premature aging or would I be able to understand this if my neurons were rerouted a tad?

The next example is an essay with problem number two: a position clearly stated but no word on its relevance…(though the student might well argue that relevance is obvious).

There is a need for more public water fountains. H2O is after all a building block for the human body. Also, people are mammals and need up to 2 litres of water each day. Recently research showed that 80% of the population is actually consistently de-hydrated – especially between June and September. Public taps are a must in Canada.

The professor leaves her desk to fill her glass at the sink, squirts in a few drops of lemon in, and takes a deep breath. Well, at least this one has gallons of passion.

To be fair, there are students who can clearly state the problem they intend to investigate who also explain the relevance of their question or topic. However not all of them manage to follow with convincing arguments that appear in an order which will eventually lead to a believable conclusion.

In Maggie’s words, the reader is still left feeling that the piece has no-neck…or that it is missing that bit of connection.

Public water fountains could help to reduce the serious public health issue of dehydration, which occurs in most summer months in Canadian cities.

Although some people carry their own water bottles and most homes have running water, the most serious health problems around dehydration occur because those walking on public streets and visiting public parks do not have direct access to a water source.

So far so good. Professor is optimistic and interested.

The human body is made mostly of water.

Ok… I’m still with you, but where is the connection between this thought and the previous one? I’ll suspend my disbelief a bit longer…

What percentage of the human body is water? Where is your reference? (Steady now…)

Therefore it needs water to survive.

Right… still willing to stick with you… but am feeling a bit of sweat in the palms now. Will this be one of the pieces that careens off the road despite the best of intentions?

Seniors get dehydrated faster than others.

Why are we suddenly talking about seniors?

Public policy has not supported the placing of more fountains in past decades.

Where are the linking thoughts? The bridges between paragraphs? Or is this piece indeed heading for the ditch at an ever-increasing pace?

We don’t give up on students, that’s why we try not to give up too soon on poorly written papers. We want them to have bridges, necks, suspenders, foundations, and whatever it takes for the student to learn and succeed.

What can I say to help the student with the next draft?

The feedback I give and the receptivity of the student is the winning combination; if either of us fails, the piece will remain a directionless monster.

I go back to my three questions and jot down feedback on my printed copy. How can I disappoint this writer with encouragement? How do I reroute students in a way that not only takes them to water, but also makes them want to drink?

It’s true in that there are several different issues that are at the root of an unsuccessful academic paper, but often it’s one of the three I’ve mentioned above.

Either no clear direction has been set, the raison d‘etre for the paper is missing, or selected arguments and resources resemble an upturned puzzle; a mishmash of grey and colour that gives one the unheimisch feeling that some pieces may actually be missing.

There are many useful texts on how to write graduate papers and in these 1250 words I’ll not have succeeded in covering all the pitfalls (or the approaches to success), but what I hope I’ve done is mentioned the things to check for first; the main questions to ask; the essential elements  that will give the essay or paper a chance at a head, body, and… a neck. 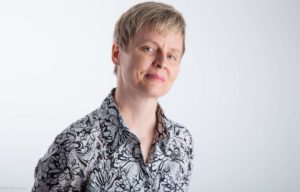 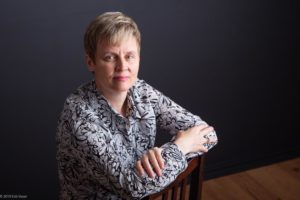 Poems as a response to a big life change